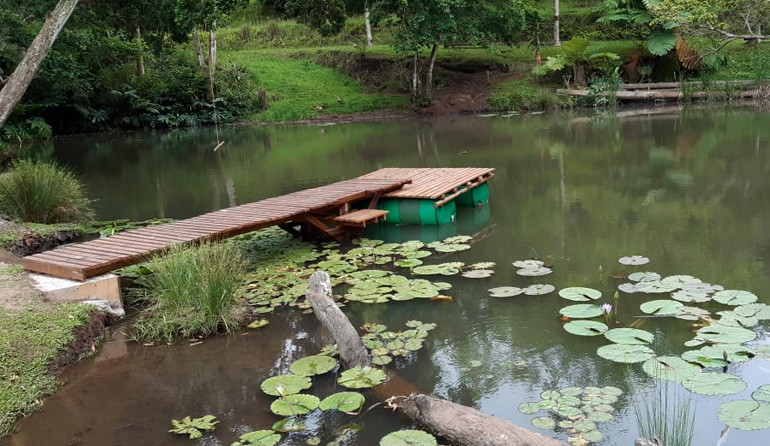 This conservancy shows what can be achieved by a handful of people with limited resources but tonnes of dedication and commitment!

Set on a privately owned complex the conservancy includes a natural perennial stream, a number of small ponds, a waterfall, a riverine forest, a wetland and a cave with artefacts believed to be over 1200 years old.

Over the past 12 years enormous amounts of alien vegetation has been replaced with over 140 different types of indigenous trees of which some are nearly extinct, e.g. Red and Black Stinkwood and Pepperbark. The trees have been planted to attract birds, butterflies and small mammals.

In partnership with CROW, birds needing rehabilitation are brought to the conservancy, held in a large cage and then released into the environment. The following raptors nest in the forest: African Harrier Hawk, Black Sparrowhawk, various owl species and Yellow Billed Kites.

Meandering forest walks, bridges over the stream, decks and a forest boardwalk have been built. Recently the removal of 600 tons of silt from the dam and the building of a jetty, swing and raft, has resulted in a safe environment for swimming, fishing and paddling in the dam.

An education centre has been established where school children have access to information on various frogs, fish, crabs, butterflies, dragonflies, birds, plants etc. and are shown artefacts from the shelter.

The rehabilitation of a marsh area suitable for the breeding of the Kloof Frog has been a great success and during the peak breeding season as many as 70 batches of eggs and 54 Kloof Frogs have been counted at one time. 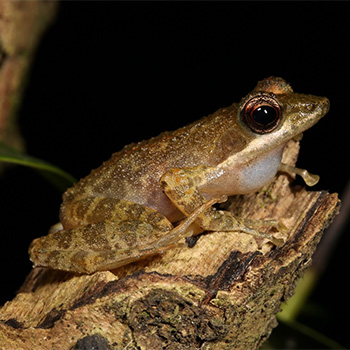 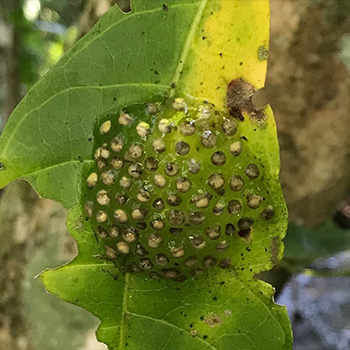